The rookie class continues to shine prior to the first matchup between the No. 1 pick and the reigning Rookie of the Year. 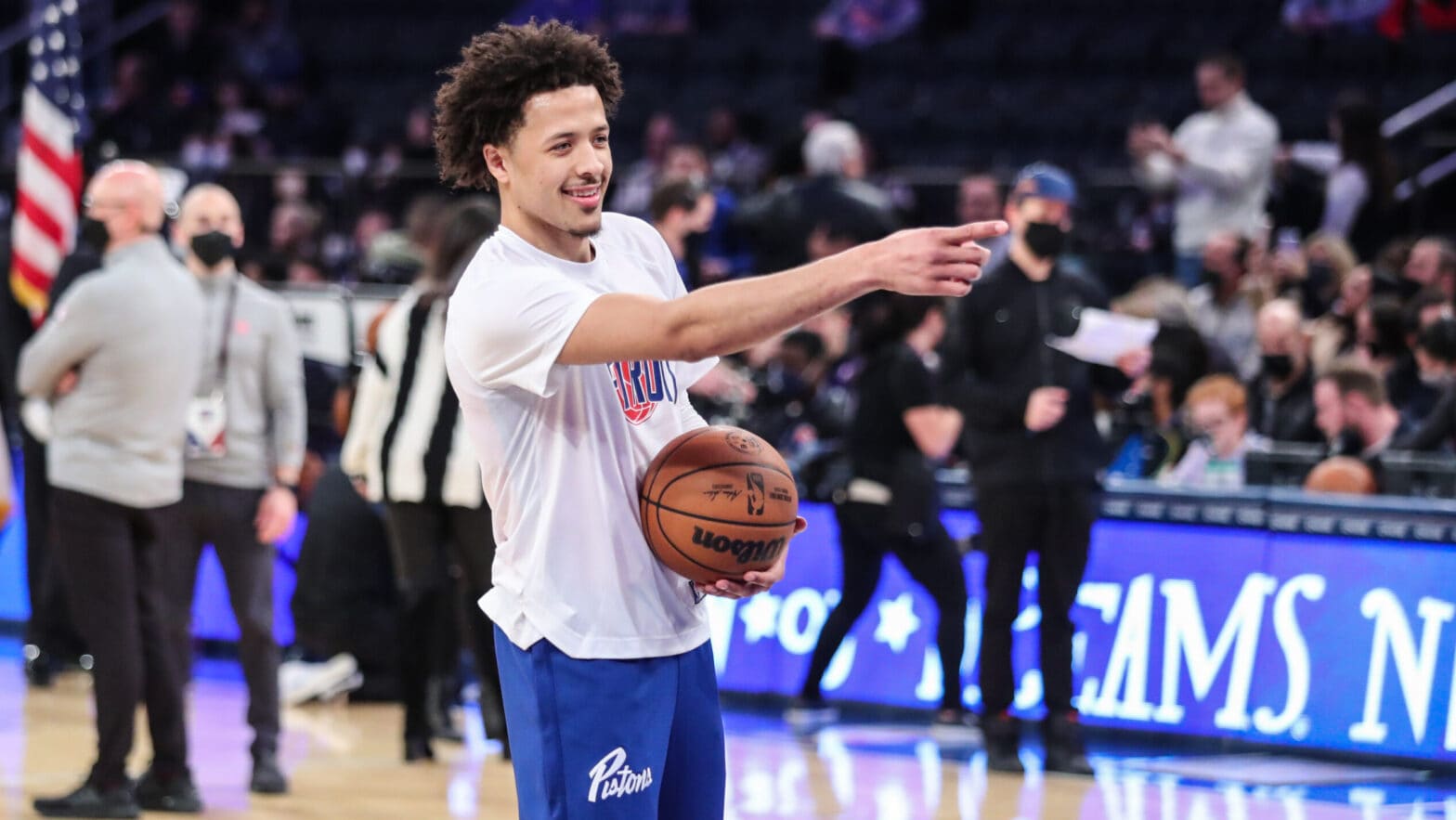 Cade Cunningham and Detroit will face reigning Rookie of the Year LaMelo Ball and Charlotte on Wednesday night.

When challengers take on defending champions – in terms of NBA Rookies of the Year facing the league’s Next Big Thing – recent tradition has favored the sophomores.

We’ll see if that pattern holds Wednesday when the Detroit Pistons play the Hornets in Charlotte (7 ET, NBA League Pass). Pistons rookie Cade Cunningham, the No. 1 pick in last summer’s Draft, will be matched up with Charlotte’s LaMelo Ball.

Like Ball, Cunningham is a tall point guard (6-foot-6, 220 pounds) with impressive passing skills and a heavy usage rate as he makes his way through his first season.

Unlike Ball (6-foot-7, 180), who won the 2021 ROY after finishing atop this Kia Rookie Ladder, Cunningham was drafted No. 1 overall. Two spots earlier than Ball but with projections and expectations that he’d become essentially the same player, Detroit’s “engine” in the way Hornets coach James Borrego praises Ball.

As far as the pattern, we can stipulate that Cunningham will have his hands full in 2022 ROY balloting with fellow rookies Evan Mobley, Scottie Barnes and Franz Wagner. But given his lofty selection, body type, skills (he’s a more committed defender than Ball already) and position, he’s the best of the bunch as a comp to Ball. Or vice versa.

Thus the added focus on their head-to-head tonight. Their two teams are scheduled to play twice more (Feb. 11 and Feb. 27), but in these days of Health and Safety Protocol absences, we’ve got to enjoy such matchups when we can.

Curiously, these showdowns have been limited to just one per season recently. Last season, ROY aspirant Ball faced the 2020 winner Ja Morant only once. It was the same for Morant facing 2019 ROY Luka Doncic in the week before the big COVID lockdown in March 2020 – one or the other had missed the Mavericks’ and Grizzlies’ first two clashes that season.

And so it went with Doncic in 2018-19 going up against Philadelphia’s Ben Simmons, playing in just one of two scheduled games vs. the reigning ROY.

In all three meetings, the new guy and his team lost to the ROY-turned-sophomore. That’s the challenge facing Cunningham, even as he challenges Ball.

(All stats through Monday, Jan. 3)

Check out the best moments from Franz Wagner during December.

The No. 8 pick continues to crash the Ladder party with his multi-faceted contributions to the sputtering Orlando squad. A HoopsHype evaluation of his game noted that Wagner’s time with the ball in his hands had increased significantly, from 2.3 seconds “per touch” in his first 23 games to 3.98 since. That suggests teammates and coach Jamahl Mosley increasingly are leaning on the new guy. That was particularly apparent last week when Wagner scored 38 points on 20 shots against Milwaukee. In the East, where the top rookies reside this season, Wagner was named the best for December, averaging 19.5 points, 5.1 boards and 3.1 assists.

NBA TV breaks down the rapid rise of Evan Mobley this season.

Mobley is like a metronome with no “off” switch. You put him on the shelf with a sprained elbow, he comes back and he’s still clicking. Send him off to virus protocols, same thing – the Cavaliers’ rookie returned after four games without missing a beat. If anything, Mobley dialed up his pace to be more assertive in Cleveland’s offense, given the team’s other absent players. His layoff had him watching film and analyzing his play, and it shows. “I feel like through this whole COVID, how we started missing pieces and stuff, I feel like I had become more of an aggressive player,” Mobley said. “And I feel like that helps the team even more.” Also of note: Mobley’s stellar reverse layup against Washington, which earned some Kyle Kuzma love.

You damn right I’m going to dap him up. I just saw the closest thing to George Gervin in the flesh!!! https://t.co/zGQvTH4Lo2

When Barnes returned Sunday from his protocols layoff, he was subbed out earlier than usual in the first quarter. Stamina issue? No, coach Nick Nurse wanted to alter his rotation to get Barnes back in with a bench unit. That gave the No. 4 pick more playmaking opportunities as a “point forward” in relief of point guard Fred VanVleet. It also encourages him to be more aggressive with his own scoring, not deferring to starters VanVleet, Pascal Siakam and Gary Trent Jr.

After missing four games in the virus protocols, Cunningham plunged back into action by logging 37 minutes in Milwaukee. He had 19 points, four rebounds and seven assists, while making eight of 15 shots (three of his seven 3-pointers). Conditioning didn’t stymie him. “For a second, it kind of felt like I was playing in cold weather a little bit just how my chest was feeling getting back out there,” Cunningham said, “but I felt good. … I played 37 minutes, I didn’t even realize that.”

Josh Giddey made history with his triple-double against Dallas last week.

The No. 6 pick played only one game last week but it was a doozy. When he put up 17 points, 13 rebounds and 14 assists in a loss to Dallas Sunday, he became the youngest player in NBA history to post a triple-double (19 years, 84 days). That stole Ball’s, er, thunder – the Hornets guard set the record at age 19-140 last January. “It’s cool, the individual stats, but a win is always better than individual stats for me,” the 6-foot-8 Australian said. “I’ve said if I’m zero-zero-zero and we win I’m happier than if we have a triple-double and we lose.”

Ankle sprain has sidelined him in the new year.

Steve Aschburner has written about the NBA since 1980. You can e-mail him here, find his archive here and follow him on Twitter.

The views on this page do not necessarily reflect the views of the NBA, its clubs or Turner Broadcasting.